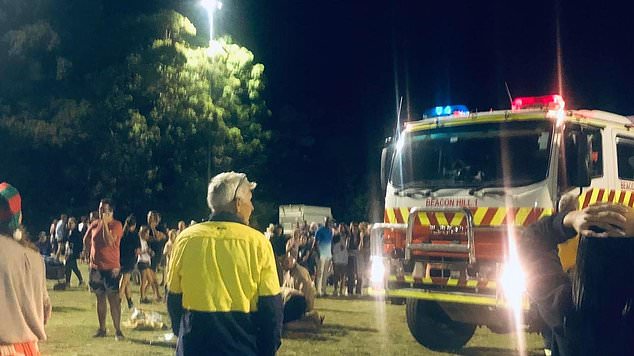 By NCA NewsWire and Madeleine Achenza

A Christmas Carols event descended into mayhem after a fireworks display got out of control sending sparks flying into a Sydney oval, injuring at least nine people.

Hundreds had gathered in Allambie Heights Oval to watch the family-friendly event before the fireworks display capped off the evening around 9pm on Sunday night.

Horrifying footage taken at the scene shows the glittering display light up the sky as the crowds watched on from below before an out-of-control firework fell from the sky.

9:45pm 11 December: Some rogue fireworks launched into the crowd at the carols at Allambie Heights Oval this evening just after 9pm.

We understand it was a a group of young people who have been treated for burns. pic.twitter.com/wJk61VmVRs

Emergency services were called to Allambie Heights Oval about 9.30pm and upon arrival were told a firework had “shot into a crowd” during the event.

An 11-year-old boy was initially taken to Royal North Shore Hospital, before being transferred to the Children’s Hospital at Westmead for treatment of burns and a chest injury.

An eight-year-old girl was also taken to Northern Beaches Hospital for treatment of burns and a wrist injury. She has since been released.

A 12-year-old boy was taken to hospital by his parents for minor burns and has since been released.

Six others people were treated on scene by NSW Rural Fire Service for minor injuries, and left before paramedics and police arrived.

A crime scene was established and SafeWork NSW have been notified.

They will attend the scene on Monday.

Families were forced to run from the scene. Picture: Twitter

A crime scene was established and SafeWork NSW will attend the scene on Monday.