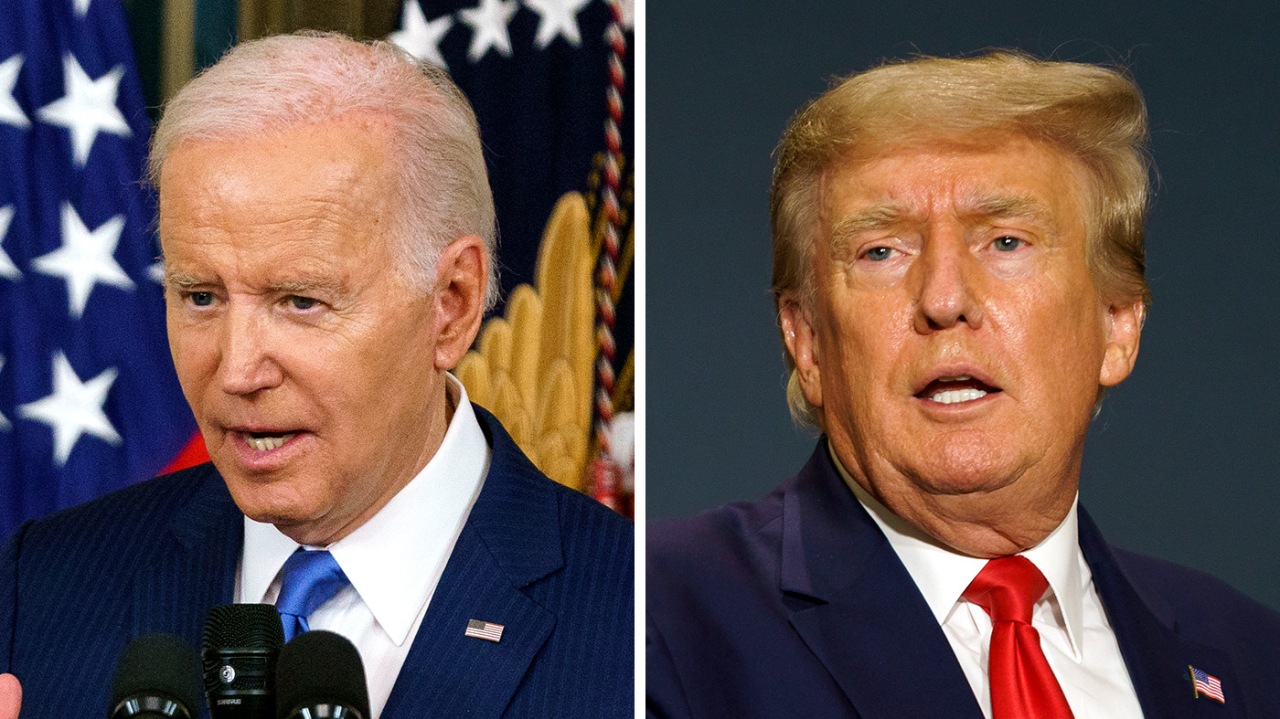 It’s a tale of two men vying for the 2024 presidential election.

President Biden hasn’t officially announced another White House bid, but his informal reelection rollout is in motion — and things have generally been going his way since the midterms gave Democrats a lift.

Biden managed to have the best first-term performance in the midterms of any president since Republican President George W. Bush, who saw his party gain seats in the House and Senate that cycle in the wake of the Sept. 11, 2001, terrorist attacks.

Biden didn’t quite do that well, but the expected red GOP wave did not materialize. Democrats did lose the House majority to the GOP, but they lost fewer seats than expected and ended up holding the Senate majority.

There was a stumble of sorts on Friday morning when centrist Sen. Kyrsten Sinema (Ariz.) announced she was leaving the Democratic Party to become an Independent. But Sinema did not announce she would not stop caucusing with Democrats, and the party will retain its majority.

Biden separately took a post-midterm victory lap during an extensive foreign trip where he was seen as a more emboldened leader.  On Thursday, as his poll numbers continued to inch up, the president completed a controversial exchange with Russia that brough WNBA star Brittney Griner home after 10 months of detention in Russia.

The deal was heavily criticized by the GOP but won applause from Democrats and supporters of Griner who had pressured the president to get her home.

Meanwhile, former President Trump has had a much more difficult few weeks.

Trump announced he was running for the White House again days after the midterms, but has spent the ensuing weeks mired in negative headlines.

Politically, Trump watched the candidates he supported lose big in the midterms, even as Florida Gov. Ron DeSantis, a potential adversary in 2024, won reelection and gained favor as a potential rival in a 2024 GOP presidential primary.

The Trump Organization this week was found guilty of tax fraud, and then there was Trump’s self-inflicted controversies: a dinner with the white nationalist Nick Fuentes and Ye, the artist formerly known as Kanye West, who has spewed antisemitic messages in public and on social media.

Trump a week ago suggested the U.S. Constitution be suspended to overturn the 2020 presidential election, remarks that triggered widespread criticism from Republicans.

While it’s still early in the cycle — and Biden isn’t expected to make an announcement about a reelection bid until spring — both Democrats and Republicans say the potential Trump-Biden match-up is already taking shape.

“Obviously Biden is in a stronger position today for the nomination than he was a month ago — not something you’d typically say about a sitting president,” said Republican strategist Doug Heye.

Heye said the good midterm results limit the chances of a real primary challenge against the president.

Trump, in contrast, is likely to see a fight for the GOP nomination.

“Trump’s popularity in the party has dropped,” Heye remarked.

Democrats, even those weary of writing off Trump, also feel Republicans are beginning to drift away from the former president.

“It feels like the migraine named Donald we’ve all had for the last six years is finally abating,” said Democratic strategist Christy Setzer. “He just doesn’t hold the same power anymore.”

Recent polls show Biden ahead of Trump in a potential match-up. A Marquette Law school poll out earlier this month showed Biden leading Trump, 44 percent to 34 percent. (Twenty-two percent said they would prefer someone else or would not vote.)

Separately, a poll from USA Today and Ipsos out late last month showed that Democratic support for Biden has significantly improved, while Trump’s backing among Republicans has taken a hit.

The poll showed that Democrats who said Biden could win reelection jumped to 71 percent from 60 percent in August. The same survey indicated that 75 percent of Republicans said Trump could prevail in 2024 — but that is 7 percentage points lower than the previous poll.

“Pre-midterms, Trump had an advantage with his base headed toward 2024,” Clifford Young, president of U.S. Public Affairs at Ipsos, told USA Today. “Now, post midterms, Trump has been winged and Democrats are more confident in Biden, setting this up to be a close fight. The race is on.”

Still, even with Biden’s bout of momentum, some Democrats are taking a more sober view of another potential Trump-Biden race.

In a closely divided country, Democratic strategist Eddie Vale said it makes sense for the Biden team to prepare for a tough fight, adding that “anyone who now thinks Trump can’t win should take a quick look back at what almost everyone said was going to happen in the midterms.”

Democrats say they are also preparing for the possibility that DeSantis knocks out Trump in a Republican primary and emerges as the nominee. That could be a possibility, some Republicans predicted this week, after Walker’s defeat in the Georgia runoff.

“DeSantis is the one with the momentum in the party right now, one GOP strategist said. “It’s not Trump. Lately Trump feels dead in the water. If the election were held today, he would lose big.”

Poll: 70 percent of voters don’t want Biden to run for a second term

Schiff: DOJ could ‘make use’ of Jan. 6 panel’s criminal referrals

Heye said Trump remains “the most popular person in the party as far as a plurality go and the constant media attention keep him in the center of energy.”

But Heye added that if Trump is indicted, “the race becomes immediately scrambled, if it’s not already.”