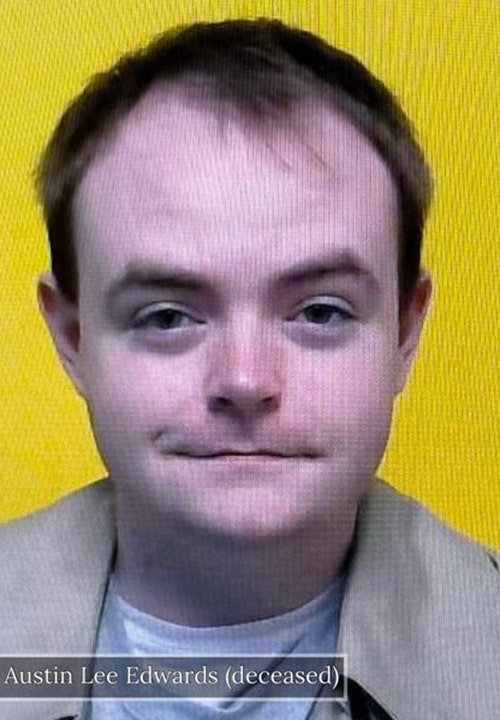 
A Virginia law enforcement officer accused of “catfishing” a 15-year-old girl and killing her three family members last month ultimately shot himself with a government-issued firearm, the department revealed Saturday.

Austin Lee Edwards, 28, drove across the country and on Nov. 25, killed the teen’s mother and grandparents and set fire to their home in Riverside, California, authorities said.

That same day, Edwards died by suicide during a shootout with San Bernardino sheriff’s deputies. The teenage girl was rescued. Law enforcement previously indicated that Edwards may have died in gunfire with officers.

FLORIDA COSMETIC SURGEON WHO DIED BY SUICIDE AMID CHARGES HE RAPED SEDATED PATIENTS HAD 11 VICTIMS: REPORT

The cause of the death of the girl’s three family members remains unclear.

Edwards, a resident of North Chesterfield, Virginia, appears to have posed online as a 17-year-old boy to engage in a romantic relationship with the girl. Police said Edwards obtained her personal information by deceiving her with a false identity, known as “catfishing.”

Authorities said the girl stopped communicating with him after he asked her to send him nude photos of herself.

Edwards was a former Virginia state trooper and was a sheriff’s deputy in Washington County, Virginia, at the time of the killings.

Fox News Digital has reached out to Virginia State Police and the Washington County Sheriff’s Office for comment.