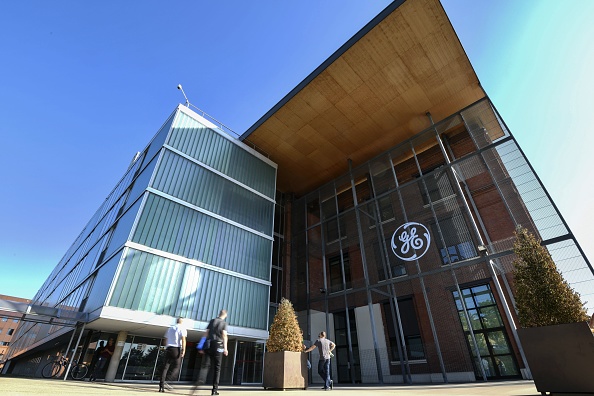 
It is easy to get swept up on the euphoria that grips markets. Most of the time, that jump cots you money in the long run. But standing aside and waiting to take the opposite side of the trade has a far higher probability of success. General Electric Company (NYSE:GE) is the one we want to focus on today where we think the crowd is losing its mind and fair value lies 50% lower.

From any regular vantage point there was not really much to like about the Q4-2022 results. Revenue was up 3% year over year and 6% if you used the company’s “organic revenue growth” number.

But even going with that, 6% revenue growth in an era of 8% inflation is hardly something be proud of. More importantly for the markets, Q4-2022 revenue numbers missed expectations by $310 million. Looking at the segmental data for the fourth quarter, we saw that aerospace came in at a whopping 26% revenue increase, which translated into 16% segmental profit gains.

Renewable energy continued its malaise with a 13% revenue decline and an equally poor 12% earnings decline. Power was the only segment that appeared to be hitting it out of the park with revenues up 12% and profits more than doubling. GE HealthCare Technologies Inc. (GEHC) has now been spun-off and does not impact GE to that extent. Nonetheless, GE does retain a small stake in the firm and the solid profit margins and growth were nice to see.

That is again non-GAAP and apparently nobody really cares what actual GAAP profits come in at. But even running with that $1.80 of fluffed up profits, the analyst consensus looks out to lunch.

That is a 27% guide down from where our ebullient crowd was sitting. While we have to congratulate that one brave soul ready to go against consensus with a sell, it is stunning that we had five “Strong Buys” and two “Buys” with a stock at 33 times earnings.

Of course that was before today. GE now trades at 45X forward non-GAAP earnings. While GE’s recent history is filled with losses, a longer term chart puts the current valuation in perspective.

45X was around the time of the dot-com boom ending. We all know how that worked out.

The bull counterargument has rested on two main areas. The first being that current CEO Larry Culp, will turn this around into a profit making machine. While the exceptional reputation of Larry Culp speaks for itself, we see no evidence of a big turnaround in profits. Yes, we have seen great debt reduction and yes the focus towards the best segments of GE (power and aerospace) is welcome. But there is no turnaround in profits. GAAP profit margins look like a horror show and non-GAAP margins are exceptionally weak.

The other argument has been that one should only focus on the free cash flow as that states the value of the underlying business. We disagree on this as capex itself goes through cycles. Underinvesting in the business can make free cash flow look sturdy and there is payback down the line. Our opinion is that GE’s current cash flow reinvestment is on the low side. But even if that metric is your thing, GE is projecting $3.8 billion of free cash flow.

How does that compare? The midpoint of the projections is a 4.3% free cash flow yield.

In other words, the risk-free Federal Funds rate is similar. Sure, in the longer run, GE likely grows from here. But any reasonable valuation down the line will take your total returns deeply into negative territory.

GE delivered stunningly bad results. The forward guidance was chopped to bits. We expect the usual defense from the bulls which will include looking past even 2023 and focusing on the ultra rosy 2024 numbers.

Of course in the history of stock markets, never has a conglomerate like GE expanded revenues or earnings during a recession.

We will add that profit margins tend to contract sharply in a recession, so in all likelihood these numbers will elicit side-splitting laughter when we look at them in January 2025.

GE looks extremely expensive and has now just slashed guidance. The stock is floating on its cloud of euphoria, a whole 33% above the 200-day moving average. Back in 2021 we thought The Walt Disney Company (DIS) was the best short hedge on the market. DIS has underperformed S&P 500 (SPY) by 47% since then. Today, we think GE represents a compelling short hedge that will make the gyrations of 2023 a bit smoother. It has an extremely frothy valuation like DIS did. Similarly, expectations for huge aerospace upcycle are unlikely to pan out (remember the reopening play thesis for DIS?). We recently initiated a short at $79.40 and we are looking for $40.00 a share.